Role of Central Bank with special reference to the Nepal Rastra Bank:

Central bank is the supreme monetary institution, which is remained at the apex body of the monetary and banking structure of a country. It is the leader of money market and it controls, regulates and supervises the activities of the banks and financial institutions. A central bank performs many important and essential functions which are explained as follows:

What are the Basic Accounting Principles? 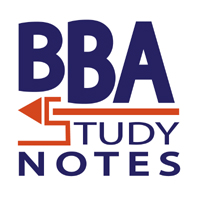